APRIL, 2018
We deeply appreciate our mother church, Beechboro, sponsoring evangelist Michael Listing to
Kota Kinabalu to preach a miracle healing crusade. We began on Saturday night outdoors in a
suburban village park that had a covered area, then continued in the church building Sunday to
Wednesday.

On the very first night we had 21 visitors, with
10 saved. Right from the beginning, there was
an absolutely supernatural atmosphere to the
whole revival. On the first night, a tall white
elderly Englishman with nerve pain in his legs,
knee pain and chest pain was completely and
instantly healed. His friend with painful arthritis
was also instantly healed. A young man, a
new convert, could not close his fingers into a
fist. He was delivered and his fingers unfroze.
Many legs were growing out and many backs
and knees were healed.

Over the five days of revival, 57 first time
visitors were saved. There were many
visitors to every service. Numbers of people
that got saved and healed, returned every
service afterwards, some of them bringing
friends and relatives each time.
One older man, Anthony Wong, got saved
and healed on Sunday morning. He testified
on Monday night, demonstrating how he
used to drag himself around, limping with the
support of a walking stick. He then showed
us how he can walk and run, running up and
down in front of the church. He testified that
he had forgiven the people who had hurt
him, God had forgiven him, and he was reborn,
he had given up sin, and must
continue to come to this church every
service. He said he could not sleep the night
before because he was so happy! He
brought relatives and friends that got saved
and healed, every service after that.

On the last night, we had
planned to just pray a
mass prayer, so it
wouldn’t be a late night,
since we had to get up at
3am the next morning so
the evangelist could
catch an early morning
flight to Thailand.
However, God had other
plans. More first time
visitors needing prayer
for healing, and instant,
radical healings began
taking place. A woman’s
leg grew out an inch, and

she was healed of knee pain. A lady with ringing hears was healed. A man came with one deaf
ear. One hurried and rushed prayer… and he immediately was smiling, he could hear! A man with
glaucoma in both eyes, 0% vision in
one eye, 3% vision in the other, was
prayed for quickly, one quick prayer,
then he exclaimed, “I can see you
clearly!” A girl with a blood disorder,
so weak she couldn’t walk 5m without
feeling weak and tired, was healed.
She got Mick Listing to feel her pulse
which was racing and out of control.
He prayed, she went for a walk, then
said, “I don’t feel tired anymore!” Then
she tried to find her own pulse, she
couldn’t find it at first, it had returned
completely to normal.

The supernatural hand of God
extended into the realm of finances.
All our expenses for the revival were
paid for in the very first offering on
Sunday morning, including the hotel
accommodation and all the
advertising. We didn’t skimp on the
advertising either with over 40
banners printed and hung. Evangelist
Listing ministered on financial
miracles on the last night, after the
message a man testified, “I am a
lawyer and find it hard to believe
these financial miracles, but it is
true!”. He continued, “Two hours
before the service, someone out of
the blue, paid an old outstanding debt
of RM150,000 (AUD$30,000)”. In the love offering, taken before Evangelist Listing preached on
miracle money, a full love offering, above and beyond Australian standards, was given. And this is
in a city where the average salary is 1/6th (16%) that of Australia.
We give God all the glory, and pray that this revival will continue, grow and multiply! 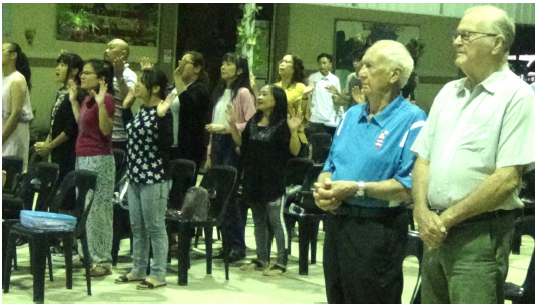 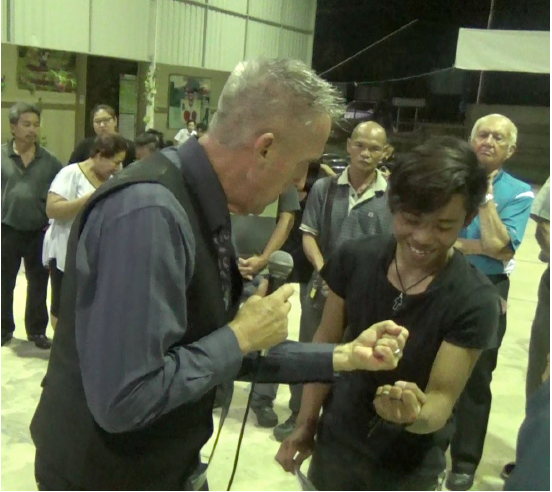 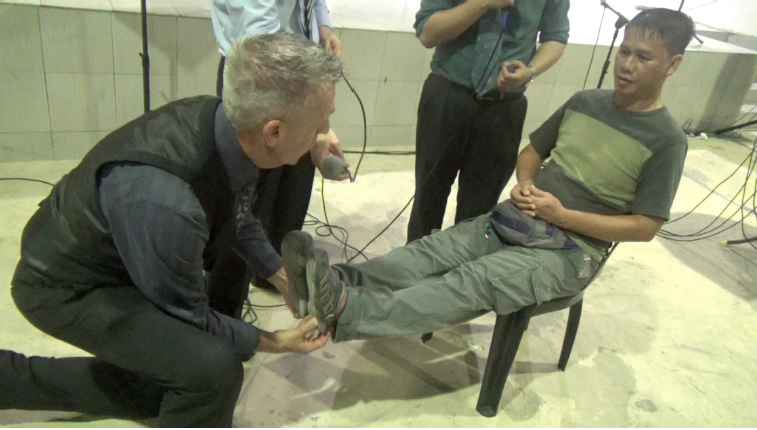 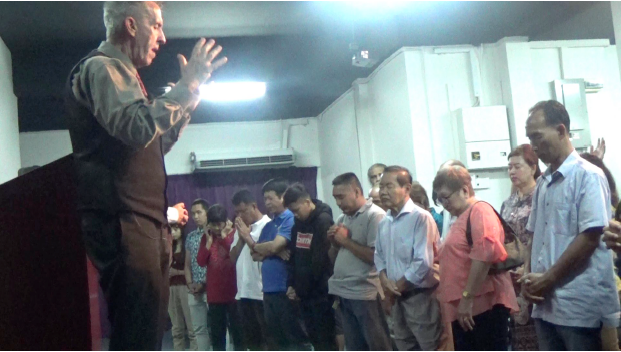 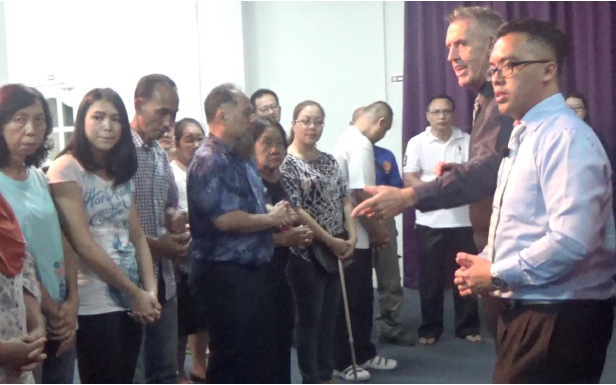 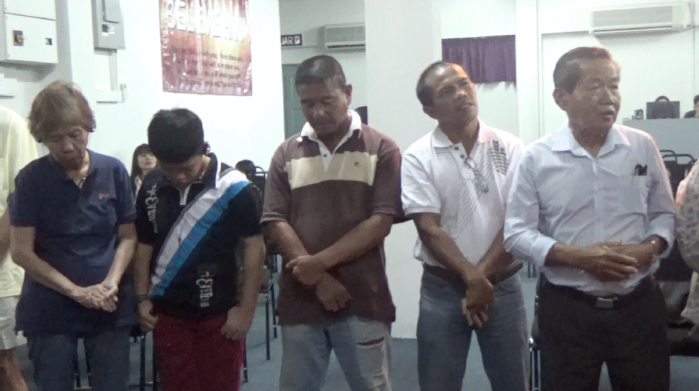 And it came to pass, as he went to Jerusalem, that he passed through the midst of Samaria and Galilee. And as he entered into a certain village, there met him ten men that were lepers, which stood afar off: And they lifted up their voices, and said, Jesus, Master, have mercy on us. And when he saw them, he said unto them, Go shew yourselves unto the priests. And it came to pass, that, as they went, they were cleansed. And one of them, when he saw that he was healed, turned back, and with a loud voice glorified